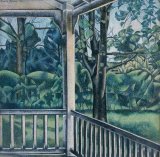 Illustration for The Little Wooden Doll 1925

Illustration for The Little Wooden Doll 1925