Chris Kenny is a British artist known particularly for his three-dimensional 'drawings' and collage constructions. Exhibitions include: Slash: Paper Under the Knife at the Museum of Art & Design, New York; Mappa Mundi at the Berardo Museum Foundation, Lisbon; First Cut at Manchester Art Gallery and touring; and Mappamundi, Hotel des Arts, Centre d'Art du Conseil General du Var, Toulon. Public and corporate collections that have acquired his works from England & Co include the Museum of London; Penguin Books Ltd; Deutche Bank Collection; the Victoria and Albert Museum; and the British Museum.

Kenny has had six solo exhibitions with England & Co and participated in many of the gallery's group exhibitions, including The Map Is Not the Territory series, After a Fashion, Literary Constructs, Persistent Obsessions and City X. He has also made site-specific works for House of Words at Dr Johnson's House, London; and for The East Wing Collection at the Courtauld Institute of Art. Selected archive works are displayed on this page. 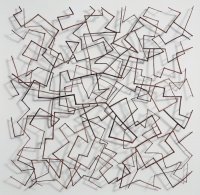 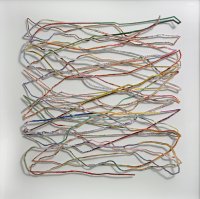 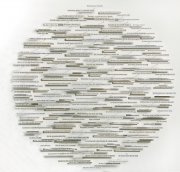 
Acquired from England & Co by the British Museum 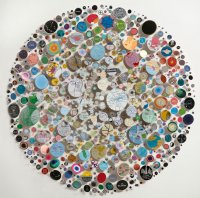 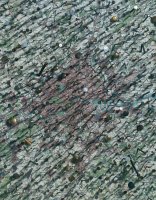 
Acquired from England & Co by the Museum of London 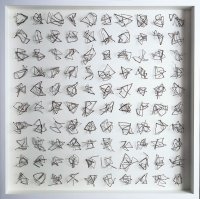 
Acquired from England & Co by the Victoria & Albert Museum, London

Found text, scanned and enlarged x 8, size variable
Installation at England & Co
as part of the artist's solo exhibition The matter of facts