The parents of British artist, Jo Bondy (1937-2015), were refugees from Nazi Germany who arrived in England in 1936. Bondy's mother, Charlotte (Bondy née Schmidt), was a graphic designer, with early design work now represented in the V&A. Jo Bondy studied at St Albans School of Art in the late 1950s and spent much of her life as an art teacher and artist. She once described herself as "starting late", and it was not until the 1960s into the 1970s, that she produced a substantial body of assemblage sculptures, sculptural box-works, drawings and ceramics that primarily explored gender, sex and eroticism.

Bondy can be described as one of very few British women Pop artists, although she was never acknowledged in art historical narratives of the movement. A group of her assemblages incorporating collections of memorabilia show an influence of the work of British Pop Art pioneer, Peter Blake. Bondy's work also often explored women's sexuality and made reference to women's 'roles' in society using her own, often explicit, sometimes even ribald, iconography. Her works, with their female subjectivity and overtones of Surrealism, often implied her awareness of the feminist movement and of the practice of other women artists. In later life, after retiring from teaching art, Bondy spent much of her time drawing in rural France.

England & Co's exhibition Pandora's Box: Assemblages, Box-works and Ceramics from the 1960s & 1970s was reviewed by Philomena Epps in Frieze magazine. A talk, The Impact of Exile on the Life and Work of the Artist Jo Bondy (1937-2015), was given online in January 2022 by Jennifer Taylor (Research Centre for German & Austrian Exile Studies, IMLR). 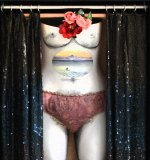 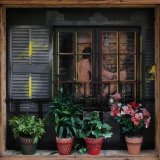