Judy Clark is an English artist born in 1949. After Portsmouth University, she studied at the Slade School of Fine Art in London. In the 1970s, she became known for her Issues works which concentrated on the (mostly female) body and its traces. Although often labelled exclusively as feminist, she says that the work also focused on 'forensic science and the potential for power that residual body matter can acquire'.

Works from Clark's Issues series were featured in the exhibition Beneath the Radar in 1970s London at England & Co in 2010, and two works from the same series held in the collection of the Tate were included in the display of 1970/80s British art, Art for Whom? at Tate Britain.

In 2014, Clark was represented in the exhibition artevida in Brazil, where three of her works were included in the section artevida (corpo) at the Casa França-Brasil in Rio di Janeiro. 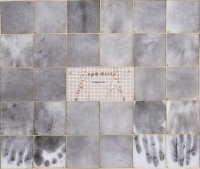 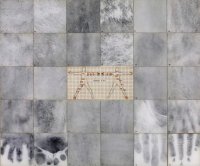