Parsons is a British artist known for the diversity of his practice. His first solo show was in 1996 and he has since exhibited widely in Britain and America, including Sensation in 1997 at the Royal Academy, London. In 2004, Jonathan Parsons and Jason Wallis-Johnson exhibited together in a two-man exhibition at England & Co.

Works by Parsons were included in the Gallery's 2008 exhibition Is there anybody out there? 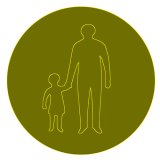 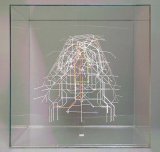