Tina Keane (b.1940) studied fine art and film-making in London, moving from painting to producing light shows in the late 1960s. In the 1970s, she was active in the Women Artists' Group, and women's film distribution group, Circles. She was a Research Fellow, and Lecturer in Film and Video at Central Saint Martins College of Art & Design, London (1982-2012).

Keane has exhibited internationally and participated in England & Co's exhibition programme for many years. She exhibited photographs in Sartorial (2003); her film Beyond the Blue Grain in Is there anybody out there? (2008); the sculpture Neon Couch in Persistent Obsessions (2008); and her film Yvonne Hagen Remembers Yves Klein featured in the exhibition Talking of Yves: Friendships and Connections in Paris, New York and London (2010). Her 1978 film, She, was shown in Beneath the Radar in 1970s London (2010); and several of her films were included in Screen Practice (2012).

Keane's film and performance work Transposition was performed and shown as a festival event for Tate Modern's underground oil tank spaces in 2012, and her installation Demolition/Escape was shown at Matt's Gallery in Revolver Part 3. Keane's most recent solo exhibition, Tina Keane, was held at England & Co; and in 2018, she was lead artist for Visions in the Nunnery: Programme 1 at the Nunnery Gallery, London, in partnership with England & Co. In October 2018, England & Co exhibited Keane's work as a solo presentation in the Social Work section of Frieze London. 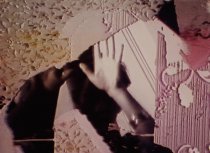 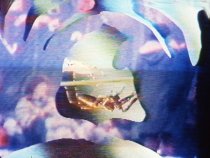